Posted on December 18, 2012 by allendaleoutlook 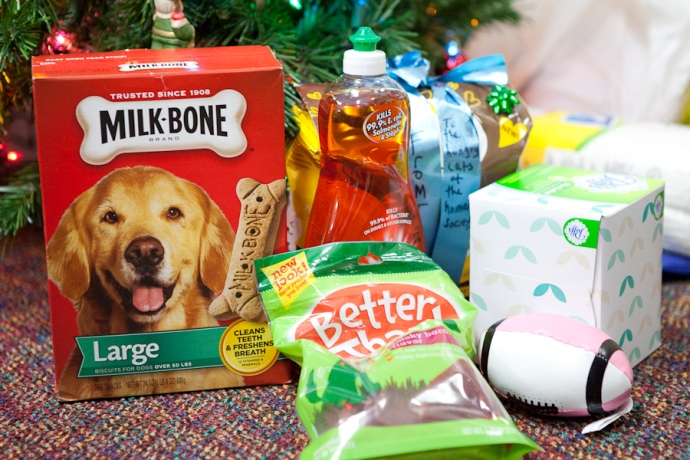 This Christmas, third grade students in Springview and Evergreen Elementary Schools are returning the unconditional love their pets give to them each day by offering love to the animals at Kent County’s Humane Society.

Mrs. Marla Chapin of Springview Elementary introduced the idea to her students before Thanksgiving with the hopes of creating excitement and raising awareness around the needs of animals without families. Instead of spending $3 on a traditional in-class gift exchange, students were invited to buy a gift for an orphaned animal in Kent County. Soon, all third grade classes in Allendale were on board and the project was underway!

“You should have seen the excitement on the children’s faces when we began discussing the idea! It’s a wonderful opportunity to underscore the importance of giving over receiving,” she said.

As items such as food, blankets, towels, and chew toys were collected, students were also able to look forward to a December 13 visit from the Kent Humane Society to learn more about their work as a non-profit organization.

During the assembly, student educators from the Humane Society presented APS third graders with information about how they are organized and how they care for the animals entrusted to them.

Did you know that:

Third graders wrapped up their visit with the opportunity to ask questions and pet a bearded gecko and a bunny.

Thank you to those of you who were able to contribute to this project! The animals of Kent County are grateful!