Allendale Students Win Big at “I Challenge U”

Posted on October 16, 2012 by allendaleoutlook

Over the summer, forty-five students from fourteen schools in the Ottawa County area were invited to participate in the Ottawa Area Intermediate School District’s (OAISD) first ever “I Challenge U” competition.

“I Challenge U” partnered area businesses with student groups and mentor teachers, inviting them to tackle real-life problems faced by business owners and suggest creative solutions that could actually be implemented.

After weeks of hard work, Justice Jones’ and Chance Storm’s work for the Ottawa County United Way garnered them (and their team) first place in the competition! Each team member was awarded $750 in scholarship money as well as $250 for their high school! 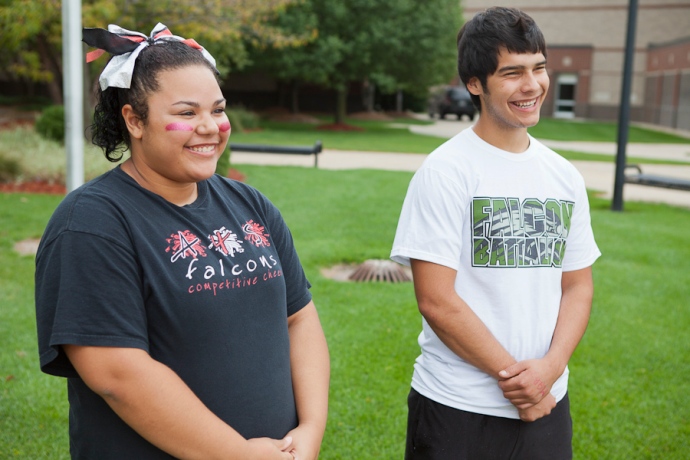 Justice and Chance’s group began by examining the challenge of getting food to those in need in Ottawa County. Justice noted that working in a group with new voices had its hurdles. “It was definitely challenging to learn how to work with others on a team. Many people had very strong opinions.”

The group visited food pantries, soup kitchens, and the Holland Rescue Mission to gather ideas and information about what was already being done to help those in need of food. Interacting with community members opened their eyes to the realities many face. Yet despite hardships, Justice commented, “It’s amazing to see how people with very little still found a way to stay happy.”

The team decided that perhaps it was time for a new approach, but …“Finding data that could be helpful was difficult. It’s hard for people to open up about their needs. They don’t want to ask for help or admit that they need help feeding their families,” Chance explained.

Their creative thinking produced an award-winning idea for centralized “depots” or “superstores” like Meijer that would sell discounted food. Bridge card holders would receive a monetary allotment to shop at the depots based on income. The notion of shopping for food and making choices rather than merely accepting what was put before them, they reasoned, would create ownership and renew pride in the shopper. Their suggestion to the United Way included first opening a depot in Holland, where needs are greatest, and then following with a second store in Muskegon.

Passata explained the benefits of I Challenge U this way: “Project-based learning like I Challenge U gives kids exposure to real world, real business problems. Working this way helps students develop 21st century skills and spurs them to think critically about problem solving.”

This year six local businesses were involved in I Challenge U, but OAISD project coordinator Jason Pasatta is hoping to expand to twelve businesses and 100 students next year to give more incoming juniors and seniors a glimpse into real-world problems.

If you are a local business owner open to the idea of inviting students to participate in real-world problem solving with your business, please contact Mr. Pasatta at jpasatta@oaisd.org for details of how you might get involved next year.

Congratulations again to Justice and Chance for your success in I Challenge U! We are Falcon proud!

Posted on October 9, 2012 by allendaleoutlook 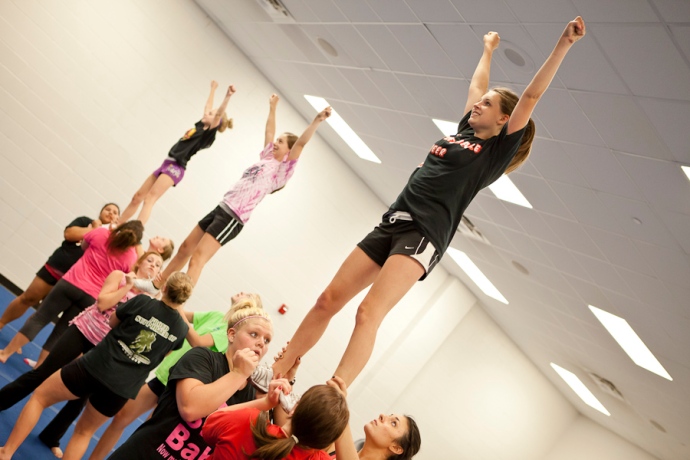 Coach Kyla Stern is having a wonderful fall coaching the largest group of young women that she’s seen in her time at Allendale High School. With dedicated athletes working hard to learn and achieve new techniques together, Coach Stern is seeing growth and teamwork push boundaries and reach new heights as the girls work to have cheer perceived as a sport. 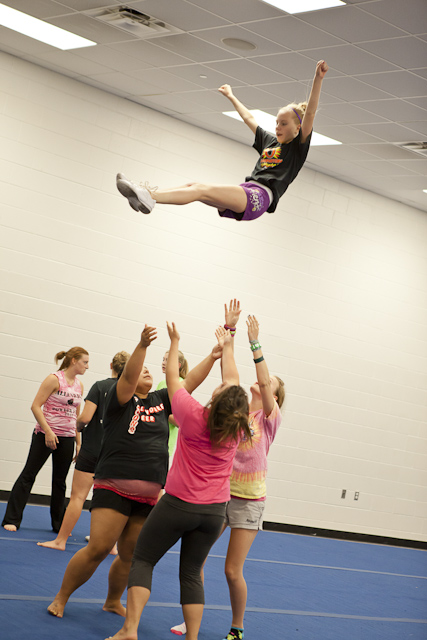 “One of my favorite things about this team is their love for the sport. They are all so dedicated to being great and making the team the best it can be. It makes it so easy to coach when the girls share the same love for the sport as I do,” gushed Coach Stern.

The leadership of the seniors has played and continues to play a big role on the team when it comes to teaching and encouraging their teammates. She notes that Justice Jones is a young women who models kindness and integrity, adding that Justice, “…works great with everyone on the team.”

Sydni Bennett is another senior who leads by example, helping to teach the younger girls and sharing in their successes. These two young women are supported by sophomore Heather LeBrecque who is already rising to the top as an up-and-coming leader. Each member of the team, however, has a special role to play and is valued deeply for her unique contribution.

As all of our coaches would attest, the team could not be the group they are without the committed support of its parents. Tina Jones and Jodi Hankis-Jensen serve as booster reps, with Tina additionally assisting with fundraisers, shirt ordering, and other miscellaneous items. Parents involved with sideline cheer also willingly serve at the concession stands and help to prepare snacks for the girls to enjoy during halftime. 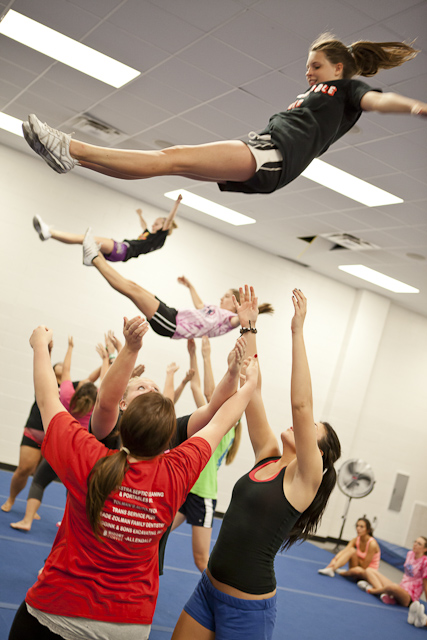 “I have great parent support! I am so fortunate to have so many parents involved. They make my life so much easier and it’s great for the girls when their parents are there to support them! … It’s great knowing that if I ever need help with anything, so many of the parents are right there willing to help!” said Coach Stern.

Kyla feels blessed to have gotten to know each of these girls over the years, and marks this season as her first with a group of young women that have been with her throughout their entire high school career. Working alongside one another for four years has given them a special bond and commitment to the whole.

“We all are on the same page as far as goals and what we want to accomplish. They are always asking me for new challenges and for me to push them harder. I am so lucky to have each and everyone of these girls!” 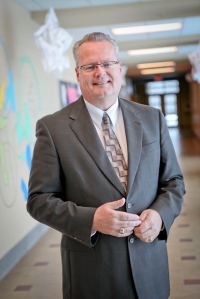